I always had a crush on weird animals.

Blue-footed booby  is a marine bird living in tropical islands in the Pacific Ocean. Feet pigmentation (they are blue) comes from their food and it is used as an indicator of the specimen’s health.

I was wondering how it feels like when your feet are blue.

This bold color brought many different ideas that I decided to condense here in 3 points:

1. There are Wrong Metrics and Right Sports

You may be thinking you are bad at something while the same something may be the real problem.

If we would throw Stephen Curry in a 50 meters long olympic-size swimming pool, together with the 9 most talented american swimmers of his time, there is no doubt that he would struggle to keep up.
After a shower we could bring all of them on a basketball court and I would bet whatever you like on who will be the MVP at the end of the game.
Baol’s claim is a vaccine against thinking we are always bad at something.
If you think you are bad at something (if not at everything), there is another way the issue should be addressed and is to change the problems you are working on.
Not all problems matters while, on the other hand, to avoid problems is nihilist and will not make you grow.
Right in the middle there are problems that are meaningful for you.

Choose you playground, start playing, accept to be measured.
Never let nobody judge you for your silly blue feet, while you are trying to fly high.
What if you are astounding at a sport you have never tried?

2. Why to Hide Your True Self under Thick Winter Socks? 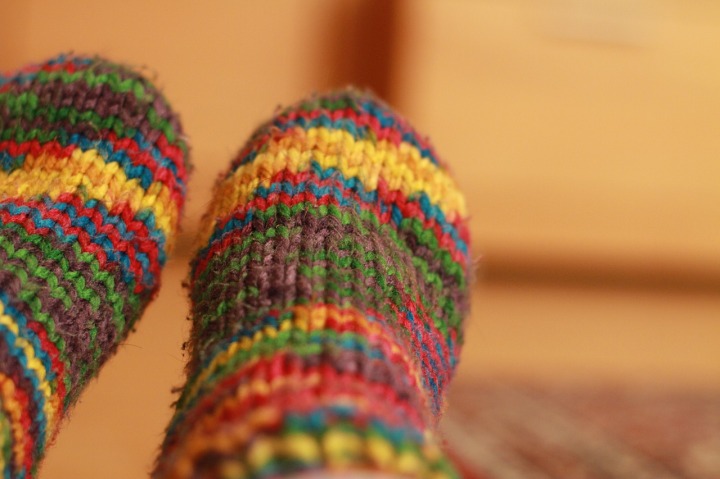 What if all the energies you have used to hide your true self would be used, instead, to cope with it and see what you can make with it?

I wonder what would be like if I met this animal at the zoo.
I would have probably stares at his feet, just finding them so bizarre.
Have you ever noticed that your feet are blue?
Probably you have spent longtime wearing thick wool socks and never posing in a full-length portait. Or maybe you always felt like it was wrong to have blue feet and used make up to be accepted.
Make-up will be washed out, the story you told yourself may be broken at some point, one thing is certain: that your feet are still blue.

3. See yourself through the eyes of your true fans

Have you ever looked at yourself through the eyes of a big fan of yours?

I have discussed early on the concept of 1000 true fans, leaving this moment to answer the question “What a true fan is, then?”
Finding a given number of them could change your life but, at the end of the day, what makes one to be a true fan?
The definition I like most is the one describing a person who asks the best out of you.
Just think about it as if the best out of you would be a commodity.
There are people out there asking for kilos of this product to be delivered.
They do not settle for anything less.
The same people that ultimately want the best for you.
It wouldn’t be a bad idea if once in a while you would let yourself to play this game: just look at yourself through the eyes of your true fans and see what happens.
Surely enough you will have learned (again this number) 3 important lessons:
1) You may be one within your worst enemy without even knowing it,
2) There is a fantastic person somebody sees in you, just around the corner, waiting to be released,
3) If the best version of you includes your blue silly feet, you should start coping with the idea of walking barefoot.

All this article is about the same thing: there is no escape from being yourself.
It can be dramatic, wonderful, painful and beautiful and you should start embracing it on the spot, whatever it takes. According to statistics if Stephen Curry would have picked soccer in high school, there is a very small chance we would have ever watched him playing in a major league, in Europe, at the same level he reached in the NBA, since just 36 players from the US play currently play abroad while only 27 in Europe and just 20 in Major Leagues.

This article was a little different than usual, right? If you like it, connect with Baol on Facebook or Linkedin! Just promise me you won’t click here